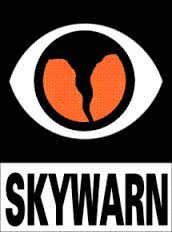 The National Weather Service (NWS) in Binghamton has started spring SkyWarn training. They have both on-line and local training classes available. I can personally speak of the great job the NWS Binghamton office does with this training. (Buffalo and Albany offices are also doing spring training - see their websites for details)

Fusion NET and other Fusion updates...

Tuesday March 28, 2017 at 8PM, there will be a Fusion NET on the 145.29 W2XRX repeater (Canadice, NY) in Wires-X room #21704.  The purpose will be to discuss Fusion news, equipment, Wires-X, tips, etc.  Check-ins are encouraged from all CNY/WNY Fusion stations. The WN8Z 147.39 Fusion repeater in Fulton will also have access to this NET. All you Fusion folks should check it out. The mode will be digital narrow "DN".  The NET will be hosted by K2AS; Brian.

-  From WN8Z; Pat - Also a very informative net (Wires-X Technical Net) is held on the MinWis room on Monday evenings @ 8:30 pm that has been carried on the 147.39 the past several weeks. Past subjects have covered the Fusion repeaters, a two part series,  the structure of the Wires-X network. firmware updates and any technical subjects brought up by users. Chris, K9EQ has worked with Yaesu's digital systems since the beta program and has met personally with the owner of Yaesu. He is by far one of the most knowledgeable  digital gurus I have met on the air. This Monday Chris will cover the FT-991. If you get a chance to listen you won't regret missing your favorite tv show. I link in every Monday to this NET.

On Saturdays the 147.39 is linked into the America Link room where the International Wires-X net is held at 9pm. Be warned - it is a lengthy net with check ins from across the globe. Last week over 170 stations checked in.

- LARC has also purchased and installed a Yaesu Wires-X system and it is now operational full time on the 443.300MHz  (changed to) 146.91 Fusion repeater in Syracuse.

Posted by Lakeman at 8:32 PM No comments: 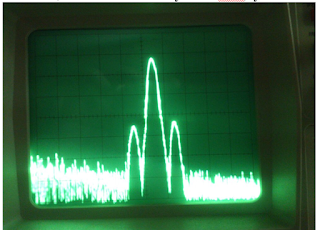 Ever wonder what that “AM” button is for on your transceiver? Well, if you don’t know about full-carrier amplitude modulation (AM) or have never used it on the air, you’ll get the chance during the AM Rally, April 1-3, on the HF bands between 160 and 10 meters (except 30, 17, and 12 meters) plus 6 meters. Amateur Radio voice-mode transmissions on the HF bands into the 1960s were AM, the same mode that used to predominate in radio broadcasting. Single-sideband (SSB), a form of AM, gradually took over the phone bands, although not without some pushback!

Today, a group of dedicated radio amateurs keeps the magic flame alive, getting on AM frequently, and for many of them, AM is their primary operating mode. The AM Rally gives the uninitiated a chance to dip a toe into the pool, so to speak.

A cooperative event organized by AM, SSB, and, yes, even CW operators, the AM Rally aims to encourage fellow operators to take this “sister mode” for a spin, make a few contacts, and have a shot at earning some nice certificates.

Email ThisBlogThis!Share to TwitterShare to FacebookShare to Pinterest
Labels: AM, contesting, Events

I would appreciate any help in getting this message out.

Because of the impending poor weather, the  Liverpool Amateur Radio Club - Amateur Extra Class scheduled for tonite, March 14th will be cancelled.  We will start the class next
Tuesday, March 21st and discuss how we will arrange to cover the missed
materials.  Thank you and stay safe this evening.


The March LARC Bootcamp presentation will discuss integrating Raspberry Pi into Amateur Radio.
The topic of the general meeting will be Electrical Safety.  Boot camp meets at 6:15 pm, and VE testing starts at 5:30 pm. Club Meeting follows at 7pm. 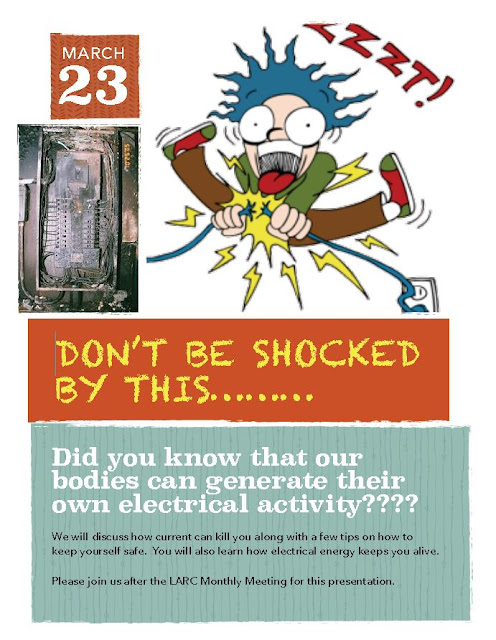 The CNY Amateur Radio community lost a good friend this week. Chuck Silvia; KB2DIO, passed away on Sunday, February 26th, 2017. Our condolences go out to his family, we know how much he will be missed!

Chuck was active in many local groups and on our Upstate repeaters for many years. Most recently, you could find Chuck as a consistent check-in on many of the local NET's. He was the "king" of packet radio for many years. He also loved to mess with PC's and had become an addict (his own words; LOL!) and power user of the Internet.  Chuck loved to share his experience and interests in the latest technologies with other Hams. He mentored many a new Ham on topics from radios to repeaters, to antennas.

He was truly an expert with using commercial LMR gear on the VHF and UHF ham bands. Motorola, Kenwood, Bendix-King were all his favorites. He had the software and cables to program almost any of them. He was always willing to loan a cable or the software to get you on the air.

I have a lot of gear in the shack that I bought or traded from Chuck. He was always trying new radios and antennas and when the novelty wore off, he was ready to peddle them off and move to something else. He usually had a truck load of gear to sell and stories to tell at the local hamfests!...and Chuck always stood behind his deals and was more than fair with us all.

Chuck was also a proud Vietnam Veteran. He told me many stories of his role as a communication specialist in the Army. Chuck was very proud of his country and had strong views on keeping it strong and safe! 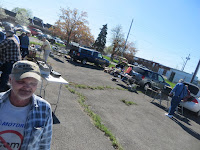 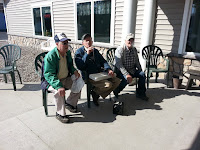 I hadn't talked to Chuck much since the holidays, but Saturday I dropped my call out on a local repeater and Chuck came right back to me. We had an extended QSO like we had many so many times before. I think he enjoyed these extended discussions as much as I did. When I received the sad news Monday morning, the first thing to come to mind was how blessed I was to have had that last QSO with Mr. KB2DIO.


(Please feel free to leave your comments or memories here in memorial to our friend Chuck)
Posted by Lakeman at 5:55 AM 2 comments:

Have you tried Simplex on 2M lately?