The future of tracking radio signals from above 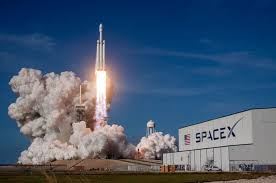 I recently stumbled upon a few news references to a new company that is working to advance the tracking of Radio signals from above. The company; HawkEye 360 just launched their first satellite based system, named Pathfinder, on the most recent SpaceEx rocket launch.


The company expects the US military to be increasingly interested in the technology, especially considering that HawkEye 360 can deploy its sensors on airplanes and high-altitude balloons (in addition to satellites). That feature could allow for real-time tracking of drones and weak signals on a battlefield.

Another planned use of Pathfinder is more down-to-earth: The technology could detect improper use of the radio-frequency spectrum, including interference between cell-phone towers. Such interference can cause data loss between mobile devices and towers, leading to slow and unreliable internet, among other problems.

From the companies web site: "HawkEye 360 is developing a new, geospatial information solution that will use radio frequency (RF) technology to help monitor global activity across air, land and sea and assist with emergencies. Our constellation of small satellites in low Earth orbit (LEO) will collect information on specific radio signals worldwide to provide high-precision radio frequency mapping and analytics that we can customize to our clients’ needs."

Read the full referenced article below for more details on their future plans.